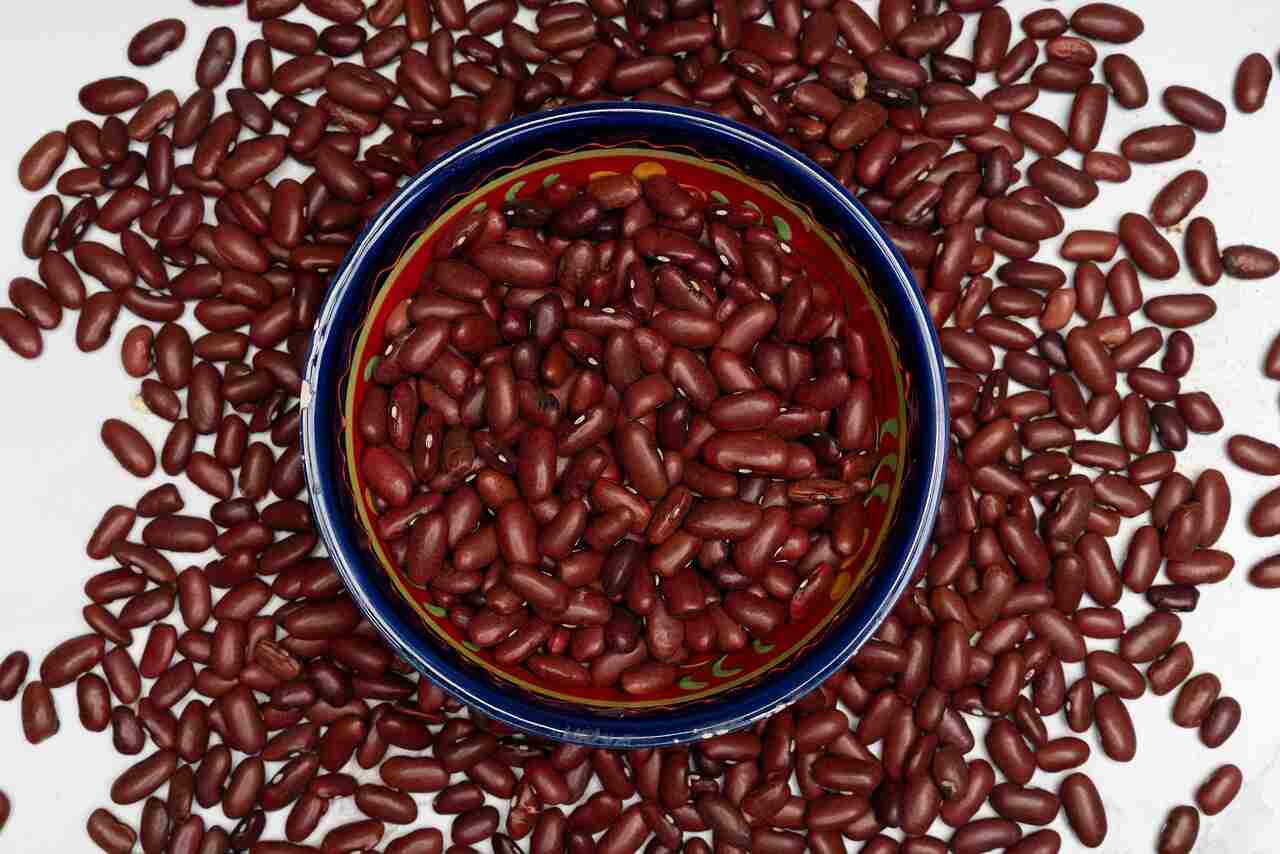 Today, in this post we will have a look at the nutrition facts and protein in Rajma per 100 grams. Rajma is also called Red Kidney Beans in English.

The Rajma looks very similar to the human kidney, maybe this is the reason it is called Kidney Beans.

Rajma is a very nutritious bean or legume and has a lot of health benefits. It is loaded with protein and other important nutrients and minerals which we will see in this post.

It is like a boon for vegetarians as a source of protein. For vegetarians, there are limited sources of protein, and people have to rely on different sources with limited options.

Therefore, Rajma is very popular as a veg source of protein for many people in India.

Having said that, let us have a look at the nutrition profile of Rajma per 100 grams.

As we already discussed, Rajma or kidney beans are rich in protein. You must be wondering, how much protein content Rajma has.

100 grams of boiled Rajma has around 9 grams of protein which is around 27% of the total calorie content.

Do you know that rajma is also known as “poor man’s meat”?

The reason is it is one of the best plant-based proteins which is comparatively cheaper than animal sources of protein like meat.

It is said that protein in Rajma is not as good as animal-based protein but is still one of the popular sources of plant-based protein.

Not just protein, Rajma is very nutritious and rich in many important nutrients and minerals. Rajma is also rich in carbs and high in fiber.

Below is the nutrition profile of 100 grams of boiled Rajma

So, 100 grams of boiled Rajma or Kidney Beans has around 127 calories.

Also, it is important to note that like protein Rajma is also rich in carbs. So, someone on a weight loss diet has to check the number of calories and carbs they are consuming with Rajma.

Eating Rajma in the recommended quantity will be a great addition to a weight-loss diet. Particularly, for someone who is vegetarian and wants to lose weight and check their protein content.

It is also important to note that rajma is also rich in minerals and Vitamins. And consuming in moderation and in the required quantity has a lot of health benefits.

Rajma is rich in folate and iron which are beneficial for pregnant women. These beans are also rich in Vitamin K

4. Good for the heart

Rajma is also known to be rich in potassium which is considered good for the human heart.

I hope you gained some useful information from this post. Rajma is a very common Indian food and can be easily found in almost every Indian kitchen.

You can make a variety of delicious Rajma recipes. As they are rich in fiber and protein, they can make you feel full for a longer duration helping you in weight management.

As they are rich in carbs, make sure to record the calories you are consuming through rajma. If you have any questions, feel free to comment.

Hi! My name is Anubhav Kumar (An Indian weight loss blogger) — Entrepreneur at heart & IT graduate by qualification.

Losing weight takes a lot of effort, discipline & dedication. After, losing 17 kilograms in 4 months, I decided to share my experience, tips & motivation with others through blogs and social media platforms.

The Times Of India

The Secret: Law of attraction

Read more about me

My Ebook for your weight loss success

Diet plans, tips, diets/recipes, and workouts shared on the website are not encouraged to repeat or follow. These may vary for individuals based on different body and medical factors. Please consult an authorized dietician or medical expert before following any tips, diet plans, workouts, diets and recipes shared on this website.

Affiliate Disclosure: Some of the links on this website pages may contain affiliate links which means the admin (Anubhav Kumar) of this website may get a small commission when a site visitor makes a purchase through one of these affiliate links. Prices and availability of affiliate products subject to change